Two Practical Aprons and One 'Racy' One 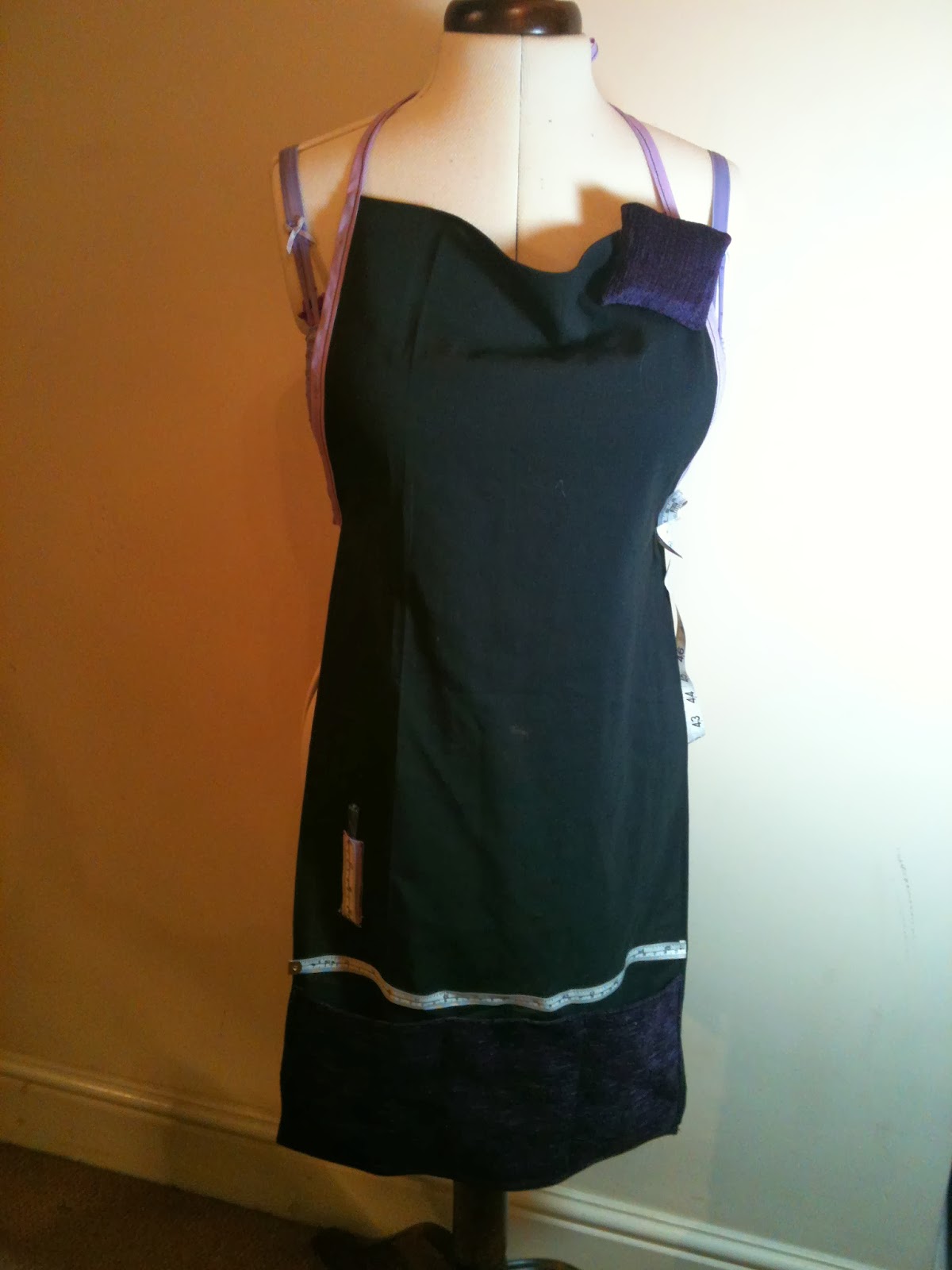 Another Christmas present post I’m afraid – I got a lot of sewing done for people prior to Christmas. I have two wonderful friends whom I craft with regularly on a Monday evening and I decided to make each of them a sewing apron influenced by this tutorial from the lovely ladies at simple simon and co  – seriously, if you want to go and read a GOOD sewing blog (rather than staying here with me) head on over – they are just fab!


I drafted the apron shape myself, which was simple enough as it’s just really a flat piece of fabric – the beauty of these were in the embellishments. I made one with purple accents and one with green  and the real key on these was the embellishments. 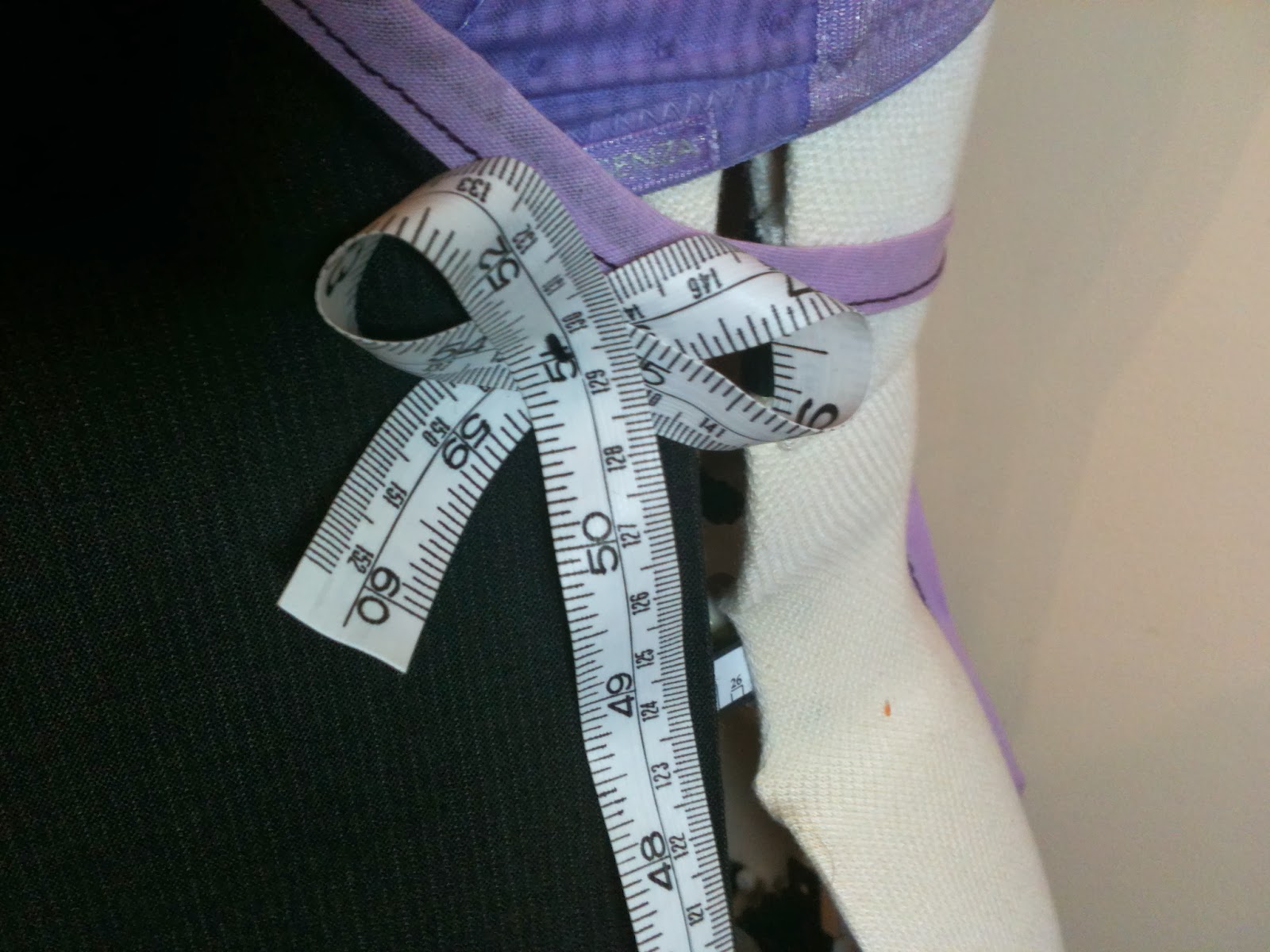 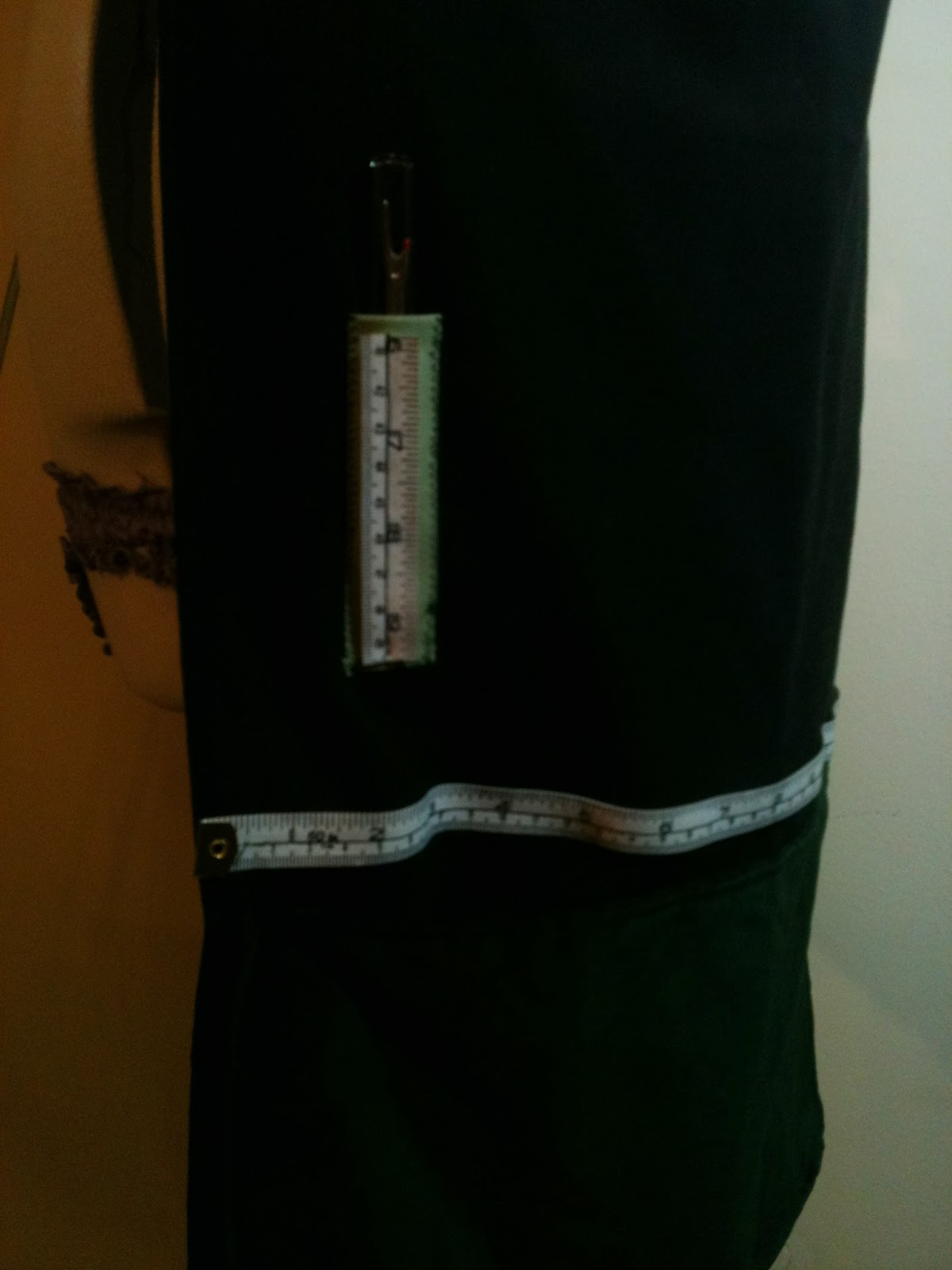 Each has a removable pin cushion pinned to the right shoulder (as both friends are left handed) a large pocket divided into sections in the contrast fabric across the bottom – I made sure that one of the sections was big enough to fit in a pair of fabric scissors. Across the top of the pockets I stitched a tape measure, and I then made little pockets for a stich ripper 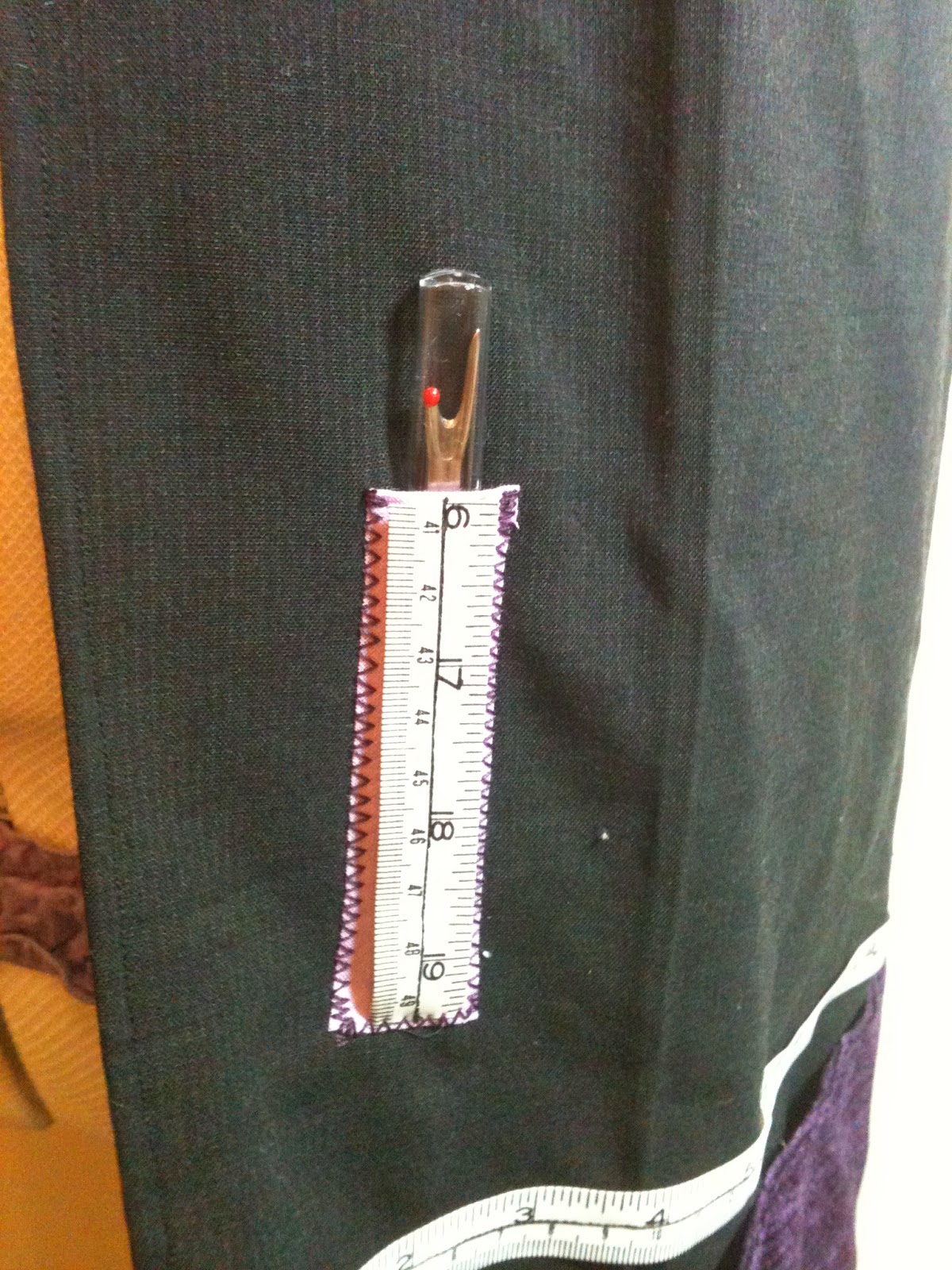 The ties are made out of bias tape and I added a bow made out of the remainder of the measuring tape to add a little visual detail at the side. I thought it was going to be really tough to sew on the tape, but actually it was pretty easy – the only issue was having to get things right the first time, as it wouldn’t heal. Most of the time I stitched in black down the central line on it anyway, so hopefully the stitches wouldn’t be too visible 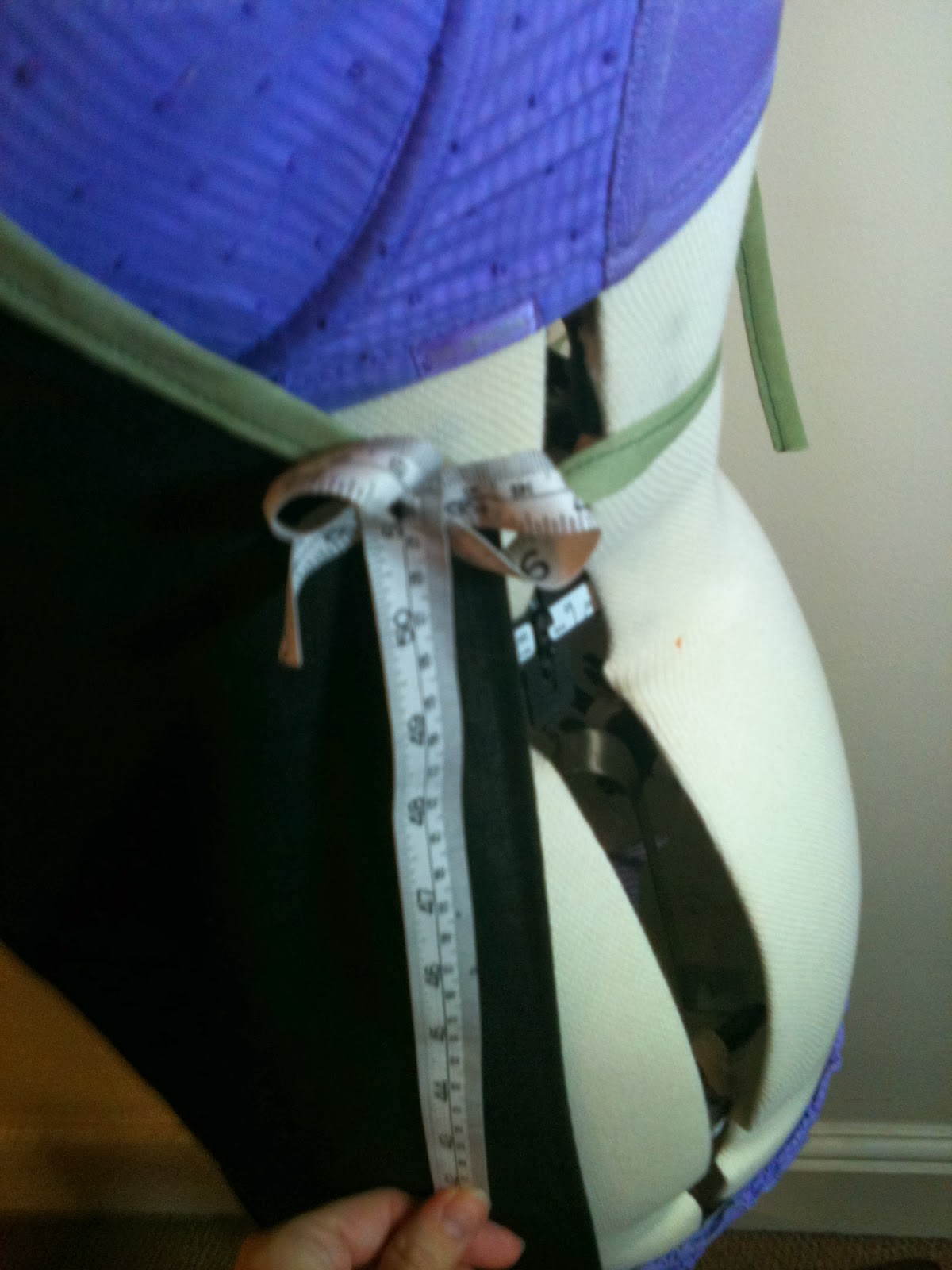 My favourite details are probably the bow and the stitch ripper pocket – originally I was just going to make it out of the bias tape, but as I had so much measuring tape left over, and nothing really to do with it, I decided to add it to the pocket – and I think it looks so sweet! 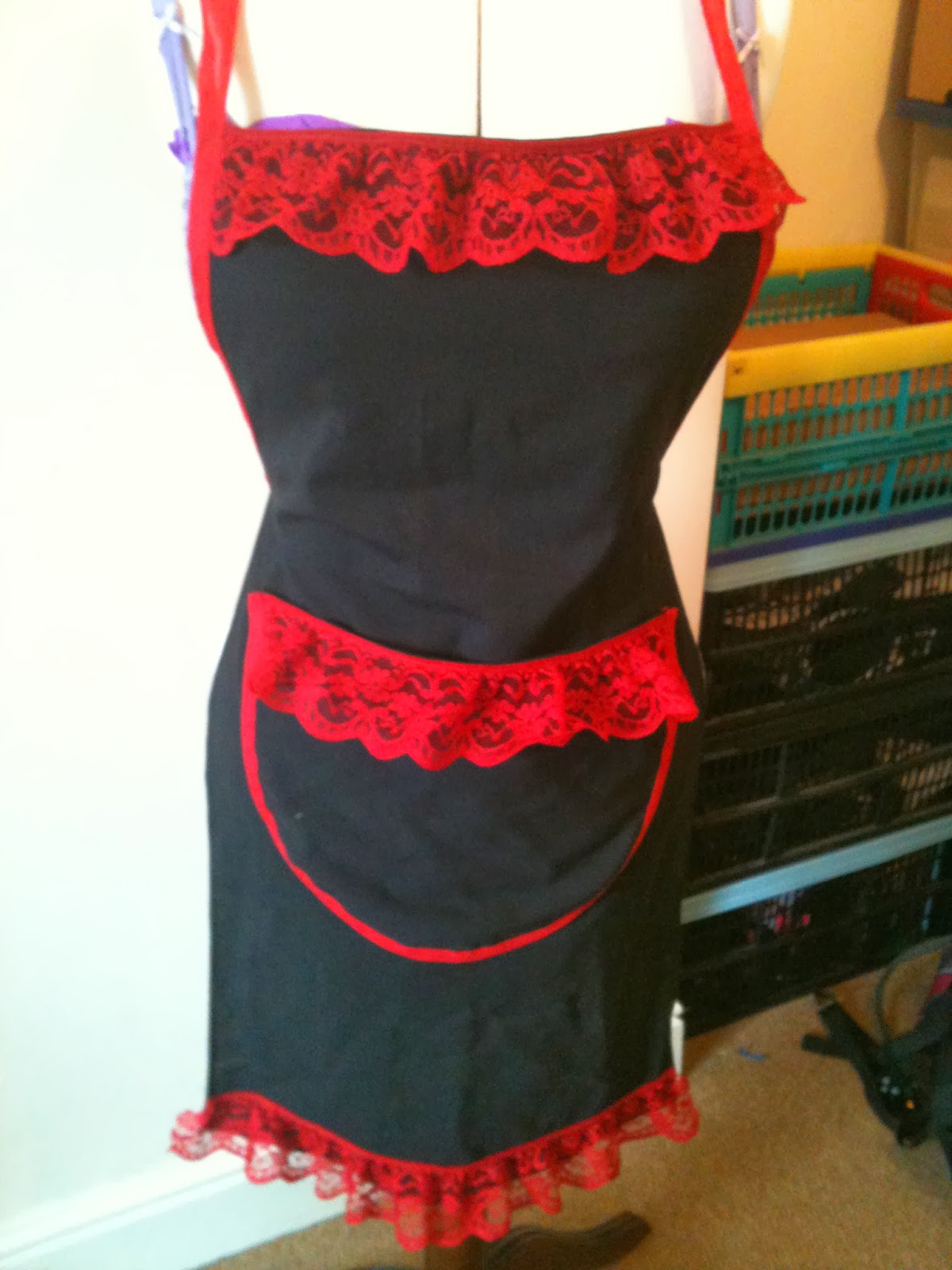 As a bonus you can have a picture of the apron I made for my best friend’s birthday. I made it in the same fabric, but finished it with red gathered lace that I had in my stash – I think this looks really cool, Mr P kept on referring to it as her “Racy” apron – which whilst possibly true – was not the intention.

Please forgive pictures of my underwear on Daphne there (Daphne the Dressmakers Dummy that is…) – I had to add a bra to mimic my humongous bazoongas on her – and then I had a pair of pants sat in my drawer that had no bra to match… so I added them too.

I think you’ve probably had enough of me now…