Actual not sewing, but actual cooking!

Yes, I know, this is a HOUSEWIFE BLOG and generally a HOUSEWIFE does things which are NOT SEWING. Ok, maybe not this one… I mostly do sewing. 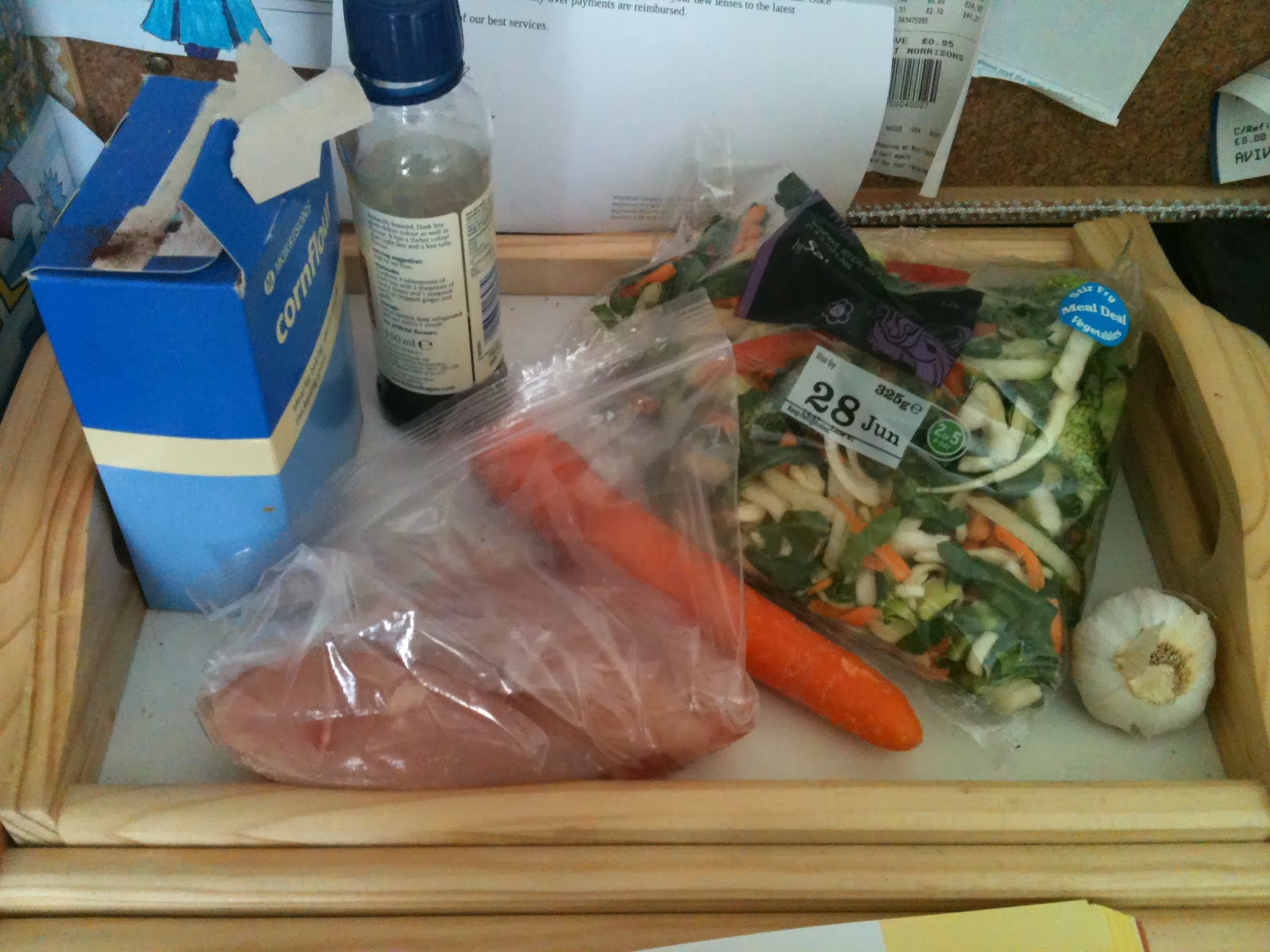 I made this from a recipe book that I’ve had for ages (it’s a student cookbook of some description) which has a really nice beef stir fry in it, but I wanted to try this because it had corn flour in – and corn flour both excites and terrifies me at the same time. Excites because you can do that cool thing where you mix it with water and then you punch it. It terrifies me because then you are also supposed to use it in cooking… science AND cooking? This can only go wrong, can’t it? 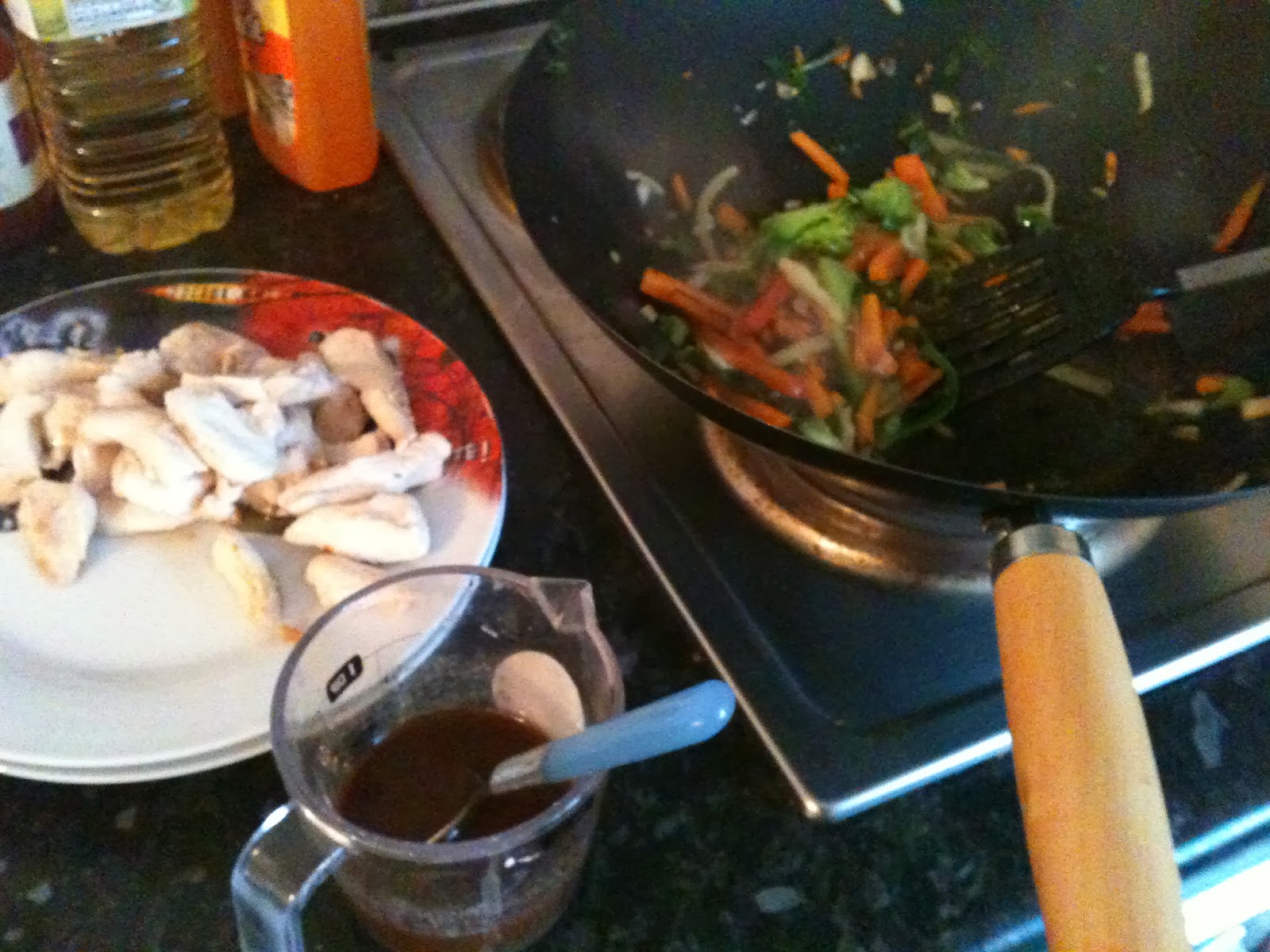 INCORRECT. It went very well, the sauce was pretty easy to make (soy sauce based, nommy). And tasted good enough that I’ve made it a few times since… admittedly it’s not replaced my standard beef stir fry in terms of my favourite, but it’s really good if you’ve already had a lot of beef and are fancying stir fry? (Usually chicken is my most overused meat so this is quite a rare occasion) 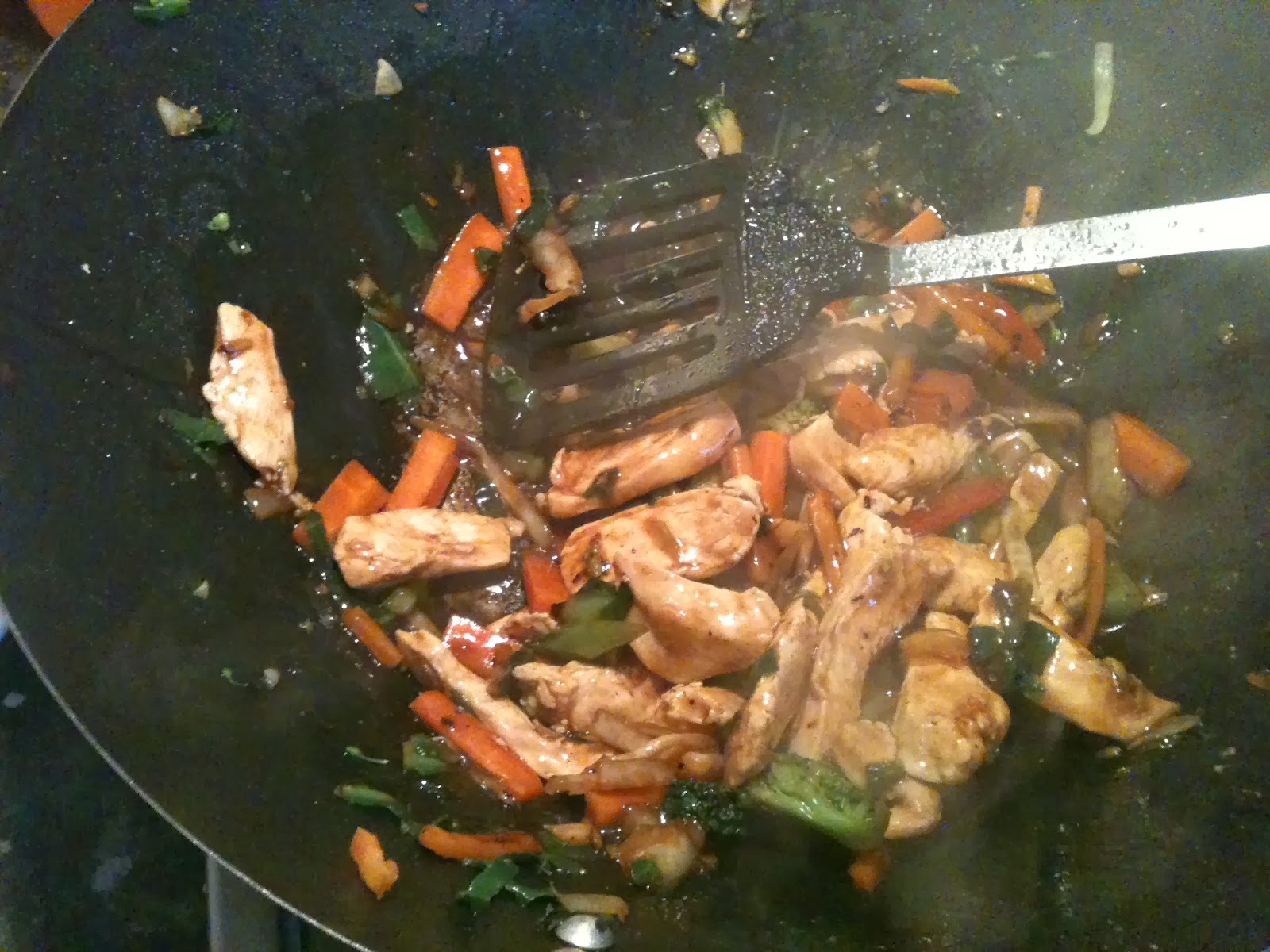 Another thing I have PERFECTED in my hunt to be an AWESOME HOUSEWIFE has been the cooking of rice. When I took this photographs I was still in the phase of rice-failure. It would ALWAYS stick to the bottom of the pan, and I’d make TOO MUCH or TOO LITTLE and frankly, it was just a mess. Since then I have progressed and through the little trick of putting a tiny bit of oil in the pan with the rice – I am a rice champion. Except for last night, when Mr P was half an hour later home than he said he would be… then we had thoroughly overcooked rice… what’s a girl gonna do ey?

Oh yeah, I have doctor who plates – I really am just that cool. 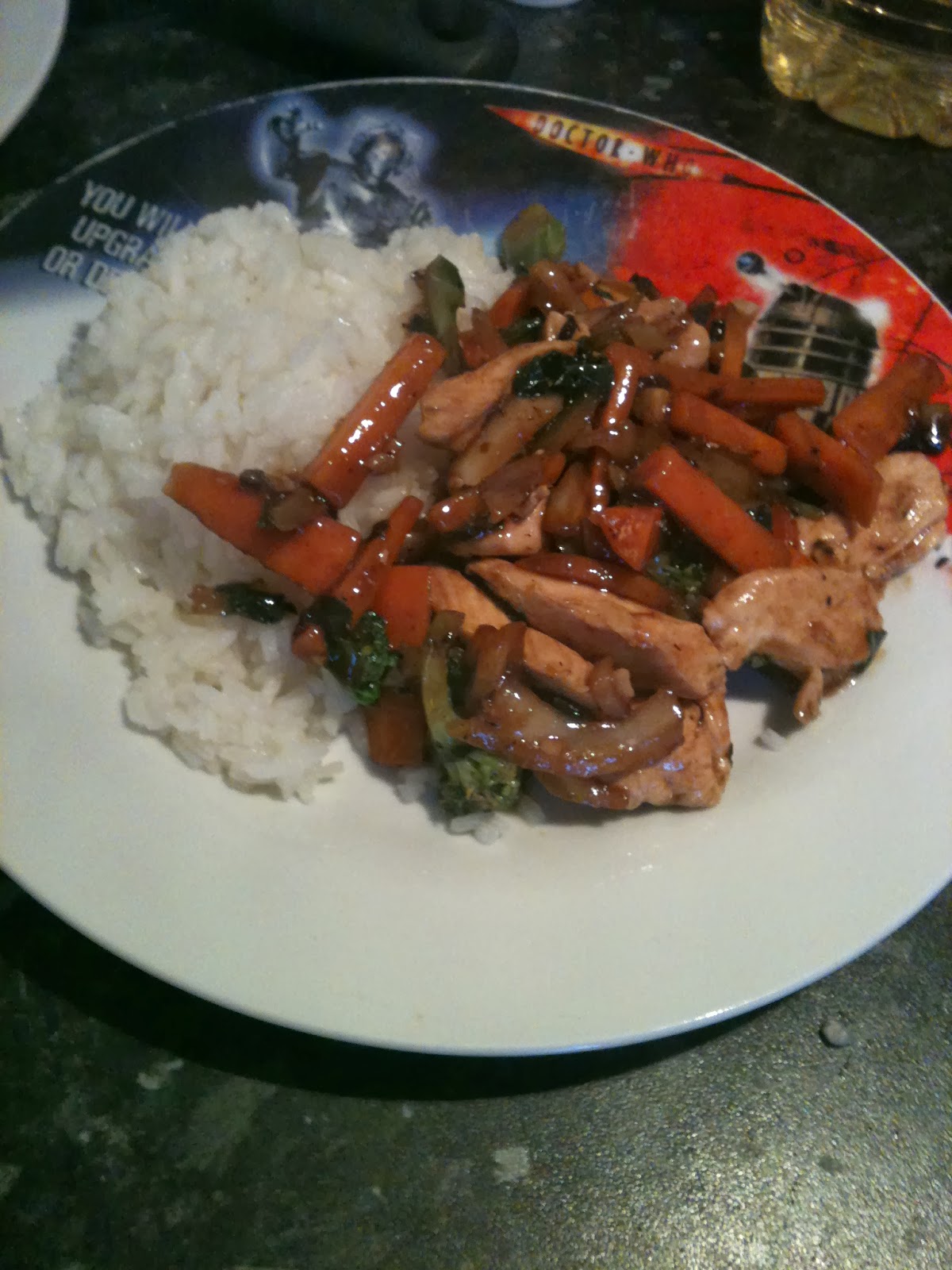