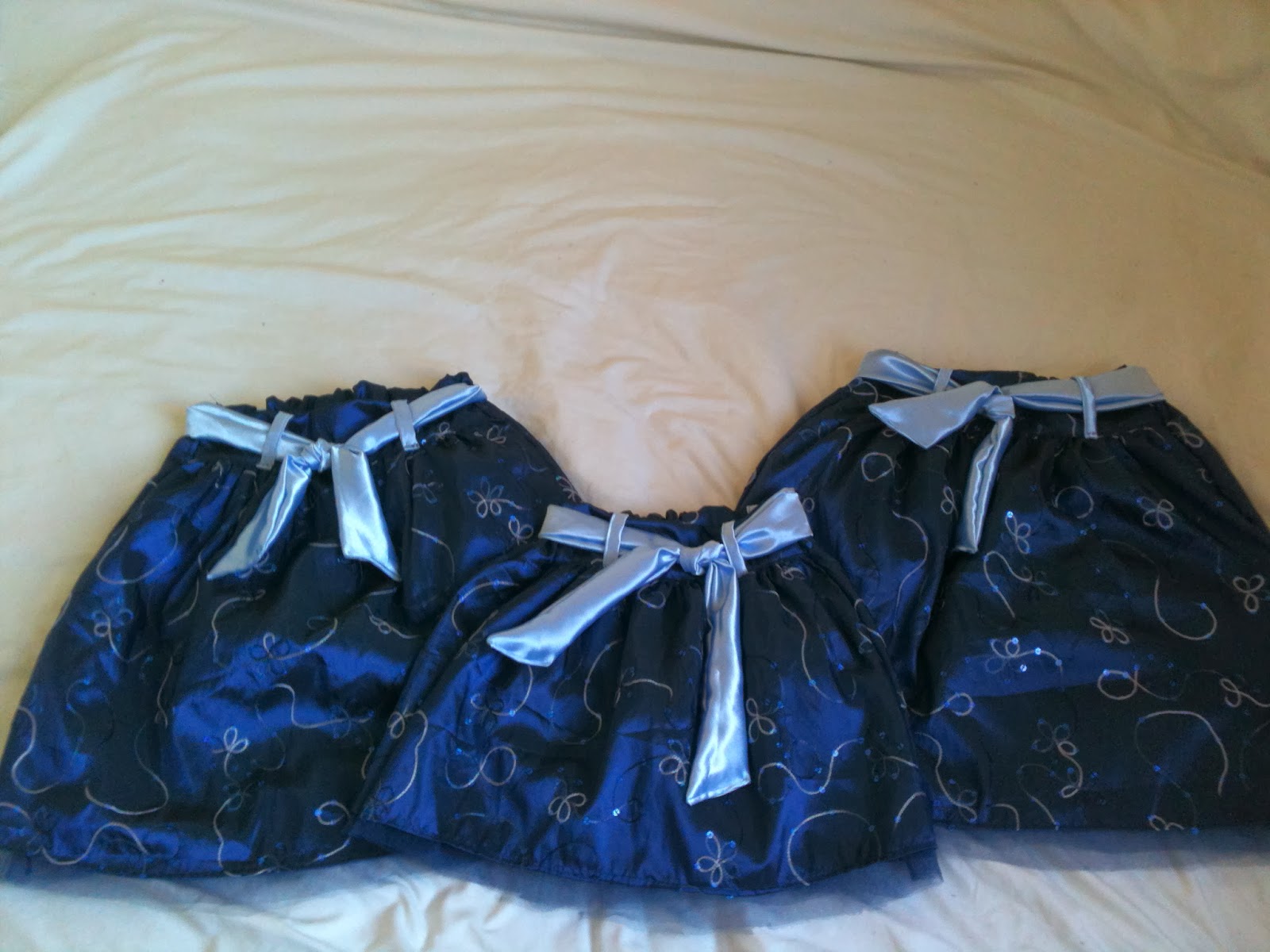 Hey look! More skirts. Did I mention I like skirts. They’re so easy to make. That being said, these did not turn out to be easy.
I used this tutorial from the wonderful flamingotoes although made quite a few changes – for starters, there was no colour blocking. I added three layers of net into each skirt, and then fully lined them too. This made for QUITE A PALAVA in terms of skirt-making.

They were made as Christmas presents for my two god-daughters and one niece (ages 8, 7 and 3 respectively) out of more scrap fabric – I figured this lovely embroidered taffeta would make a great party skirt for a little girl. 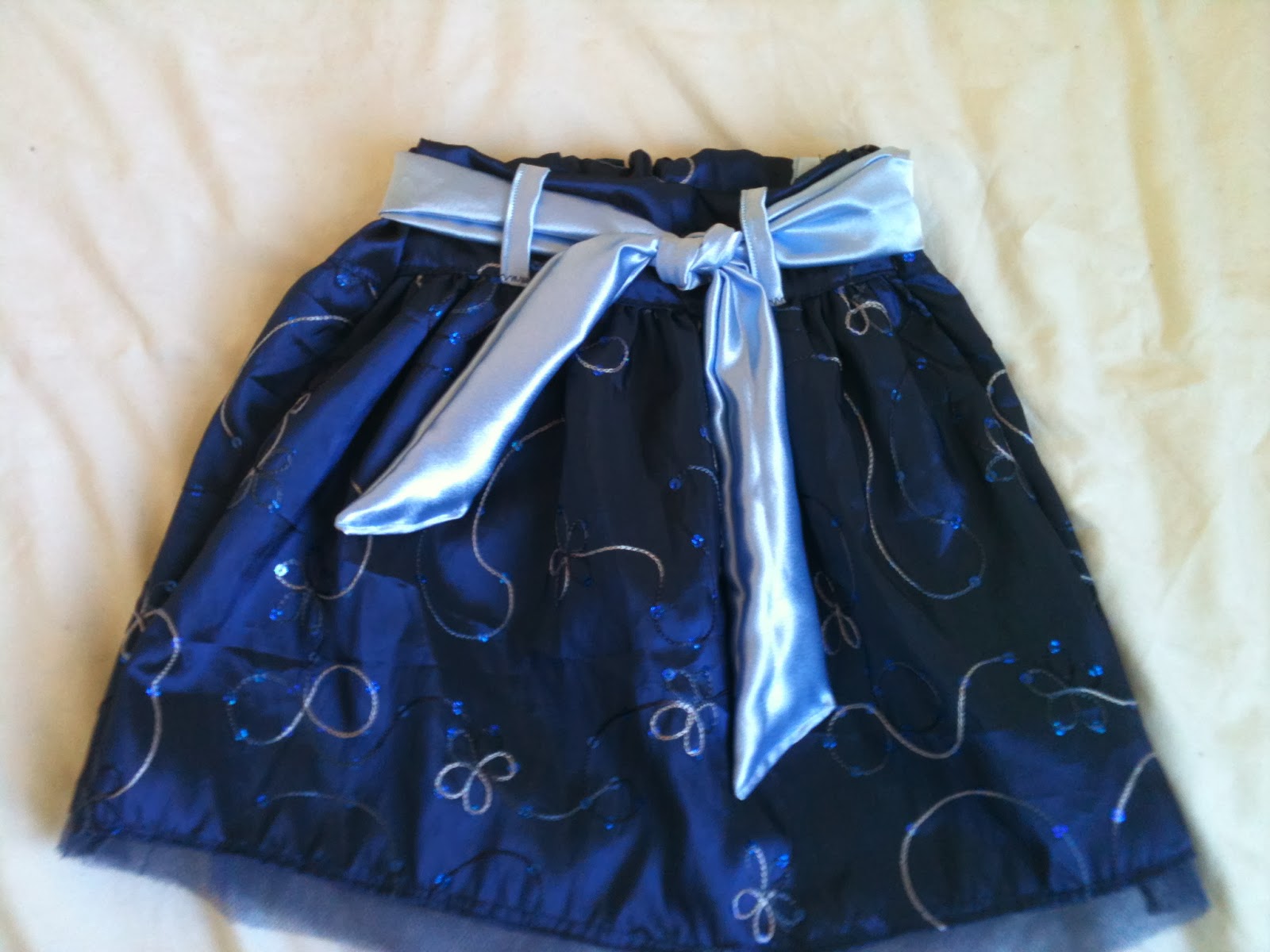 The accent fabric is some kind of satin-feel at a guess – which oh my goodness is either the best or the worst thing ever. It’s like the OPPOSITE of fabric which creases really easily… I could NOT get this fabric to hold a shape no matter HOW hard I tried. I pressed and I pressed and I pressed and it would NOT crease. Not even a little bit. The result of this was belt loops and sashes that were both a PAIN to sew and don’t look particularly neat… well darn. 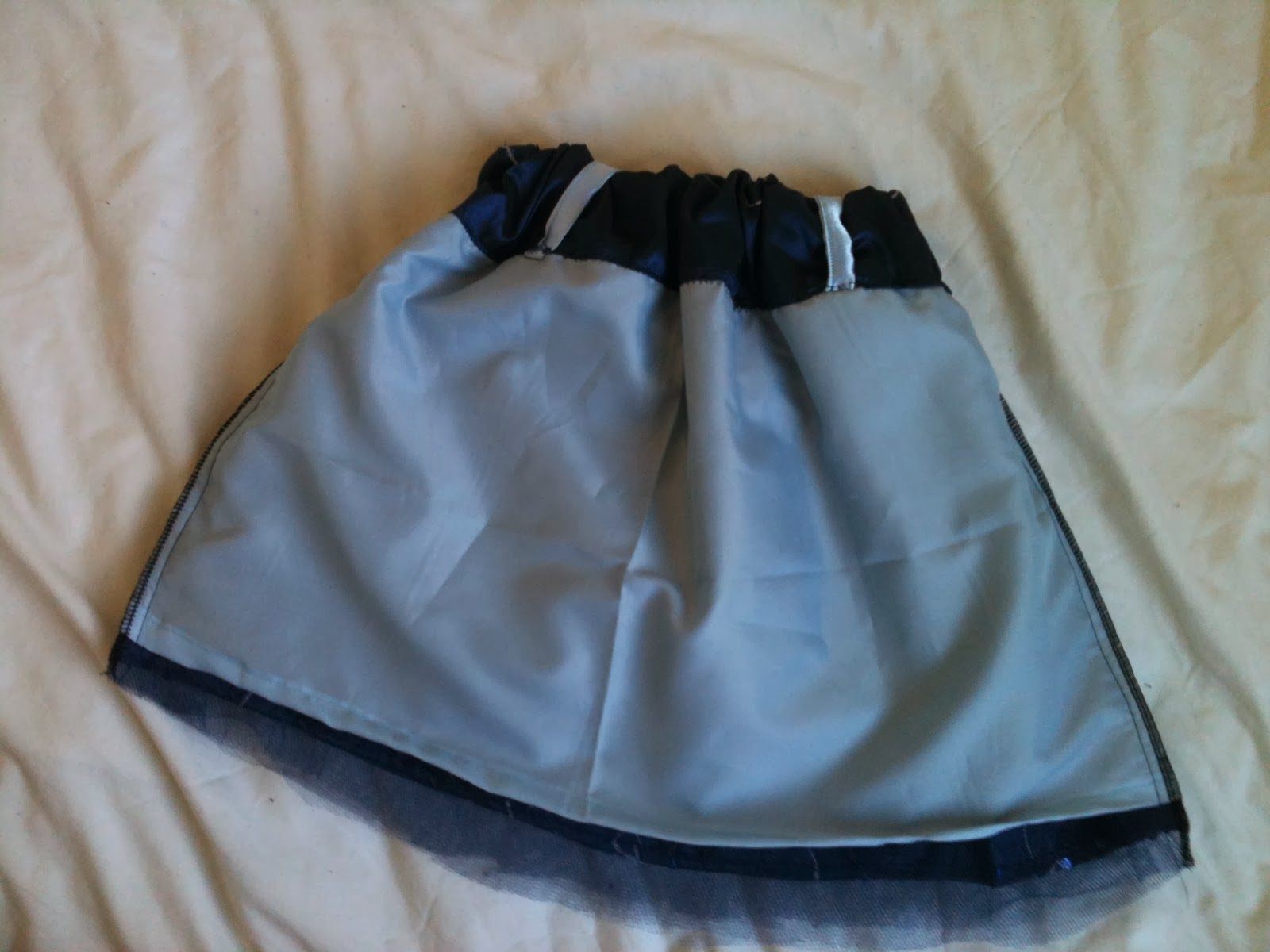 The three layers of netting were an absolute must, because what is a party skirt if it’s not POOFY. However I hate the feel of netting against my legs, and little legs are even more sensitive than mine so I lined it in pale blue lining fabric.

Essentially I kept the construction of this as simple as possible sandwiching all 5 layers together and then sewing up the sides at the end – I overlocked this to keep it nice and neat. 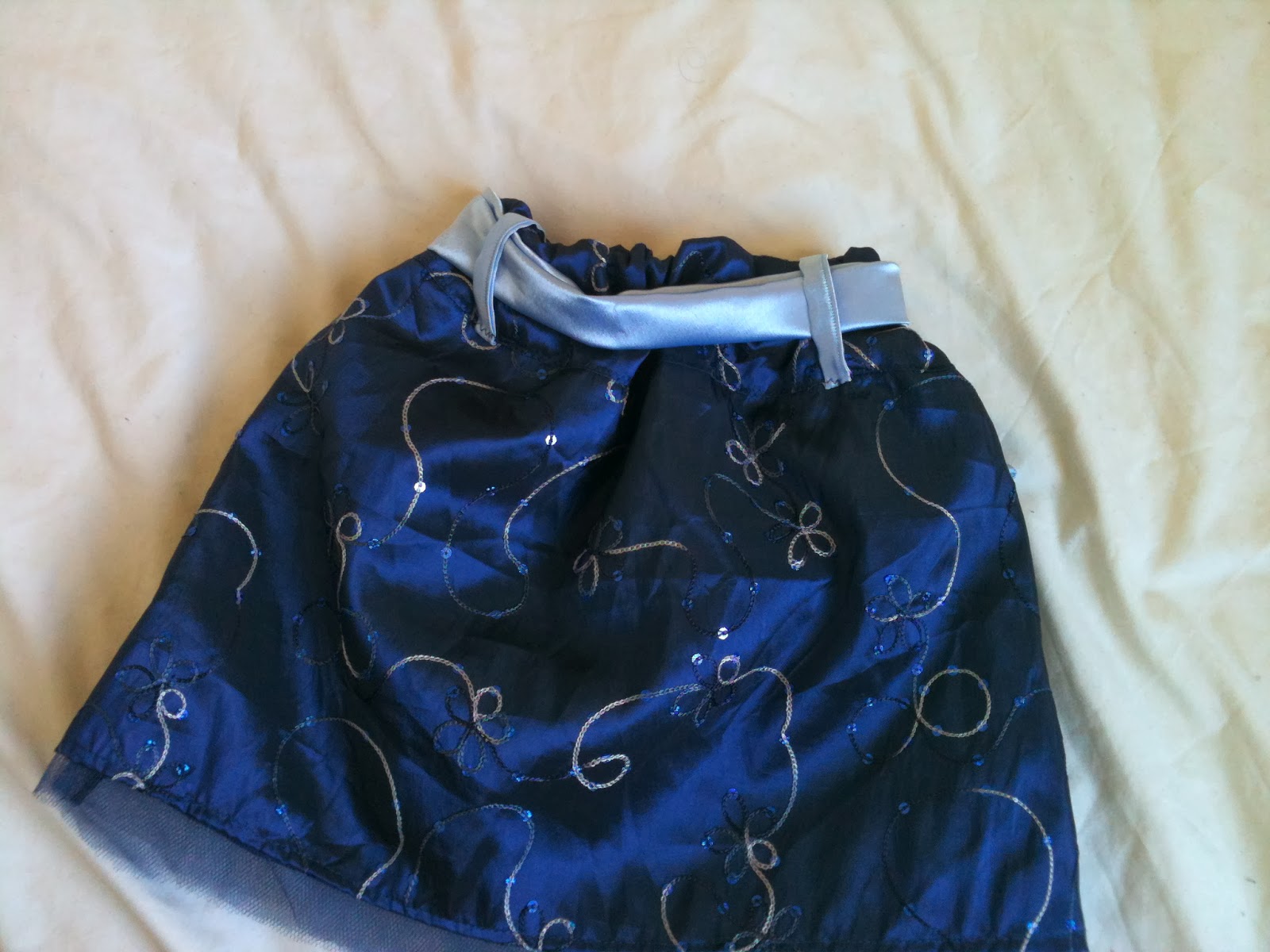 It’s a gathered waistband at the back with elastic, which hopefully with the tie around the waist (which is a functioning tie) should mean that they last a little while, even with the growing speeds that these three seem to shoot up at! (Or maybe I’m a bad godmother/aunt and don’t see them often enough! That seems more likely)
As far as I am aware they were all very well received. I was there when my niece opened hers and there were squeals of delight and she wanted to put it on straight away – which of course, we obliged with, and she looked darling in. My lovely goddaughters wrote me wonderful thank-you letters because they are such polite girls, and told me that their mummy had had to wrestle them out of them to wash them, as they’d worn them every day since Christmas!
These ended up taking a bit longer to make than I had originally hoped – mostly because of how fiddly they were dealing with so many different fabrics, and all pretty uncooperative fabrics at that! However, big smiles come Christmas totally made up for it!
Until the next time
Katy x 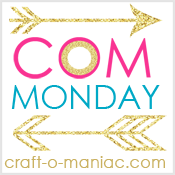